The Dacians built a number of important fortified cities, including Sarmizegetusa, the capital of the late Dacian kingdom (now in the province of Hunedoara, Transylvania). The expansion of the Roman Empire into the Balkans led to an open confrontation between the Dacians and Romans. Between 85 and 89 there were several battles between the Dacians and the Romans during the reign of Decebal. After two defeats, the Romans gained a symbolic advantage, but were forced to make peace by Domitian’s defeat to the Marcoman tribes. As a result, the Dacians remained free as proved by the fact that the Roman emperor agreed to pay an annual tax to the Dacians.

In 101 – 102, Emperor Traian began again a war against the Dacians (the Dacian Wars), at the end of which Sarmizegetusa was under siege and part of the country was under occupation. Decebal was left as King under a Roman Protectorate. Three years later the Dacians rebelled and destroyed the Roman garrison in Dacia. The second act (105-106) led to the suicide of Decebal and the transformation of parts from Dacia to the Roman province of Dacia Traiana. The history of the Dacian Wars is described in the writings of historian Dio Cassius, but their best visual description appears on the column of Traian in Rome.

The Roman province of Dacia included Transylvania, Banat, and Oltenia. It was ruled by a Praetor commissioner, and the 13th Legion Gemina, with the addition of auxiliary troops, was permanently stationed in the province. Due to the decline of population in the new province, which resulted from the policy of Traian in the wars of Dacia, settlers were brought in to cultivate the land, and to run the mines along with the remaining Dacian population, which, as can be seen in the column, surrendered to Traian after the Dacian Wars. The settlers were in the beginning Roman soldiers. Later, settlers from other provinces were added: southern Thracians (from the provinces of Moesia and Thrace) and settlers from the Roman province of Asia Minor.

The Romans built fortresses to defend themselves from the attacks of the Roxolans, the Alans, the Carpathians, the Dacians and the Free Dacians. In addition, the Romans paved three main military roads in order to connect the main cities. A fourth route, named after Traian, crossed the Carpathians and entered Transylvania. The main cities in the province were the colony Ulpia Traiana Sarmizegetusa (now Sarmizegetusa in the province of Hunedoara, Romania), Apullum (now Alba Iulia in the Alba district of Romania), Napoca (now Cluj-Napoca, Cluj province). The Dacians in the Roman region adopted the religion and language of the conquerors (but the view that the modern Romanian language is derived from the Roman takeover of Dacia is disputed).

In 129 Hadrian divided Dacia into “Upper Dacia” and “Lower Dacia”. The first consisted of Transylvania, the other of Little Vallachia or Oltenia. 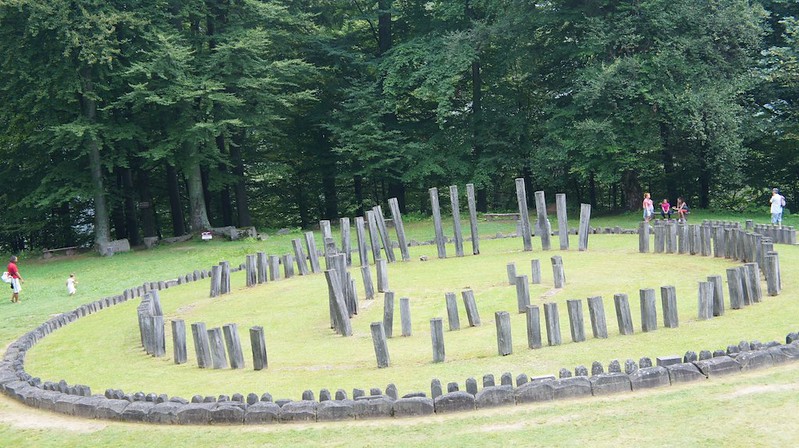 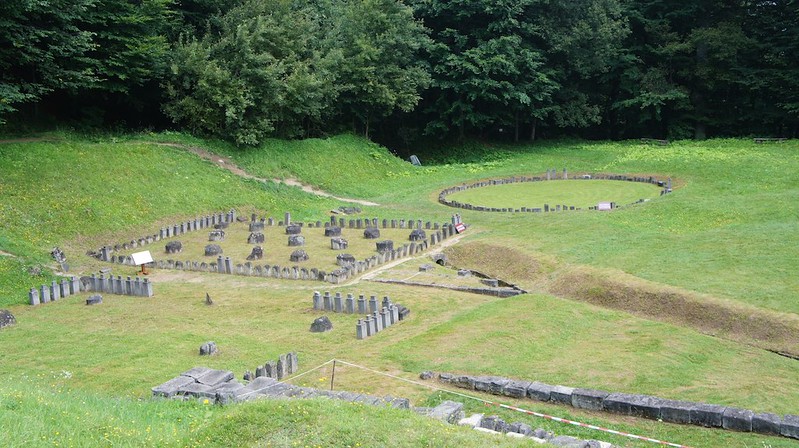 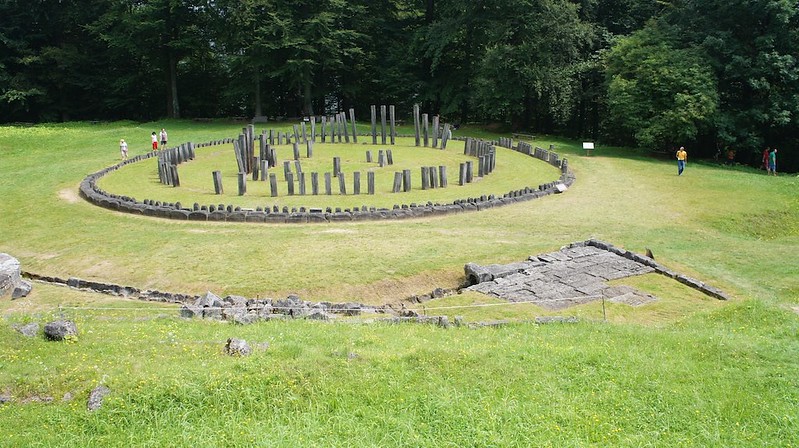 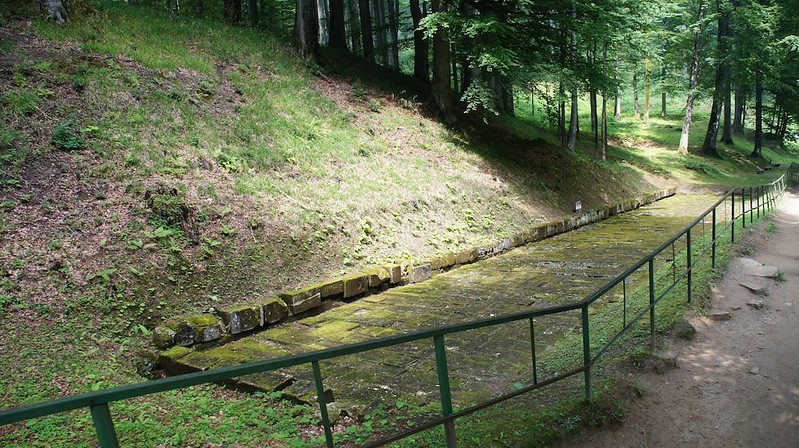 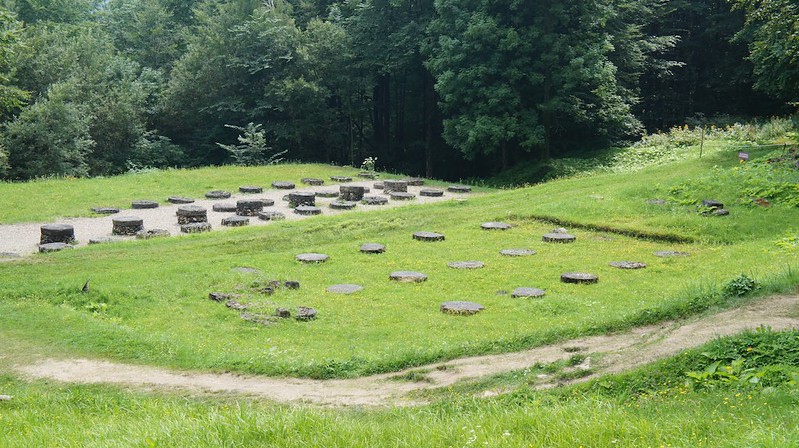 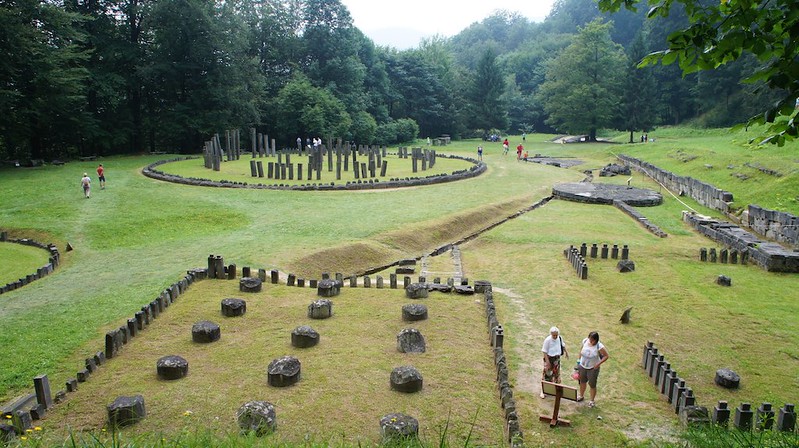 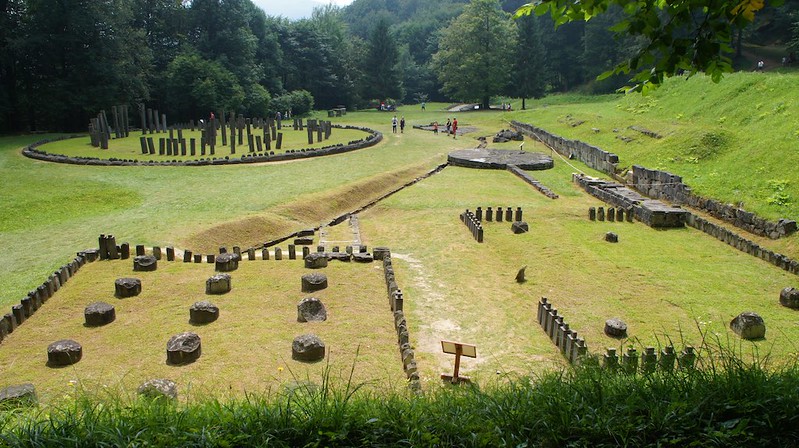