Peleș Castle was used as the summer residence of the Romanian royal family and is considered one of the most beautiful castles in Romania. In 1866, the first Carol was chosen to be a Roman dominator, and in August of that year he visited the monastery of Sinaia and was very impressed by the beauty of the place and decided to build a castle for himself there.

In 1872, the Crown purchased 1,300 square kilometres (500 sq mi) of land near the Piatra Arsă River. The estate was named the Royal Estate of Sinaia. The King commissioned the construction of a royal hunting preserve and summer retreat on the property, and the foundation was laid for Peleș Castle on 22 August 1873. Several auxiliary buildings were built simultaneously with the castle: the guards’ chambers, the Economat Building, the Foișor hunting lodge, the royal stables, and a power plant. Peleș became the world’s first castle fully powered by locally produced electricity. The castle was built between 1873 and 1914. Numerous dignitaries, writers, musicians, kings and queens were present at the palace. The most important among them was Franz Josef I of Austria, who lived there in 1896. The castle has 160 rooms. The main tower reaches a height of 66 meters. The castle has a local power station and it was the first European electrified castle.

The cost of the work on the castle undertaken between 1875 and 1914 was estimated to be 16,000,000 Romanian lei in gold (approx. US$120 million today). Between three and four hundred men worked on the construction. Queen Elisabeth of the Romanians, during the construction phase, wrote in her journal:

“Italians were masons, Romanians were building terraces, the Gypsies were coolies. Albanians and Greeks worked in stone, Germans and Hungarians were carpenters. Turks were burning brick. Engineers were Polish and the stone carvers were Czech. The Frenchmen were drawing, the Englishmen were measuring, and so was then when you could see hundreds of national costumes and fourteen languages in which they spoke, sang, cursed and quarreled in all dialects and tones, a joyful mix of men, horses, cart oxen and domestic buffaloes.“ 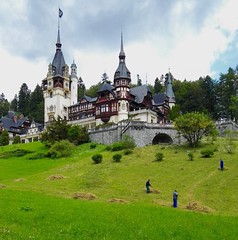 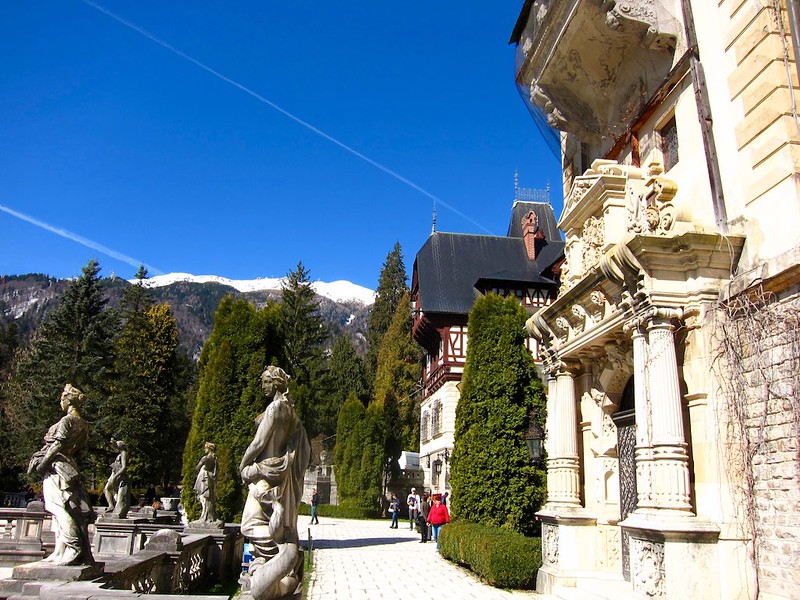 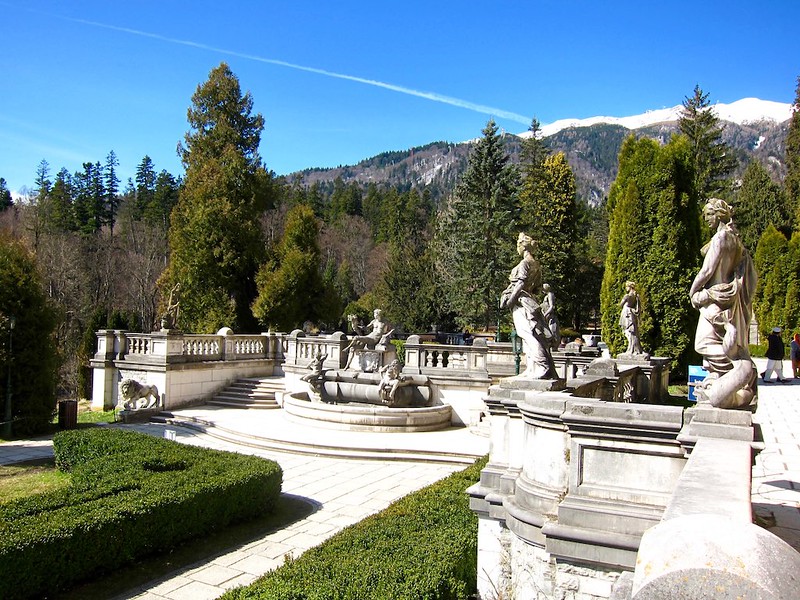 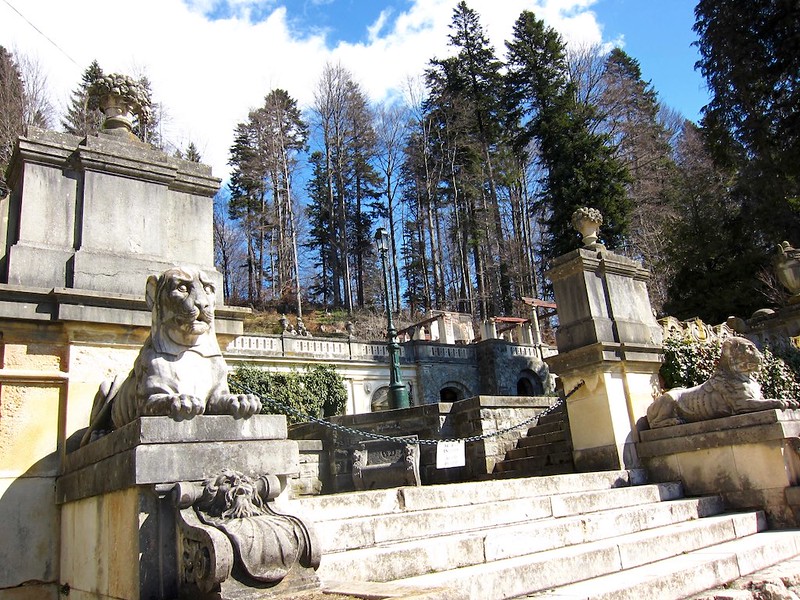 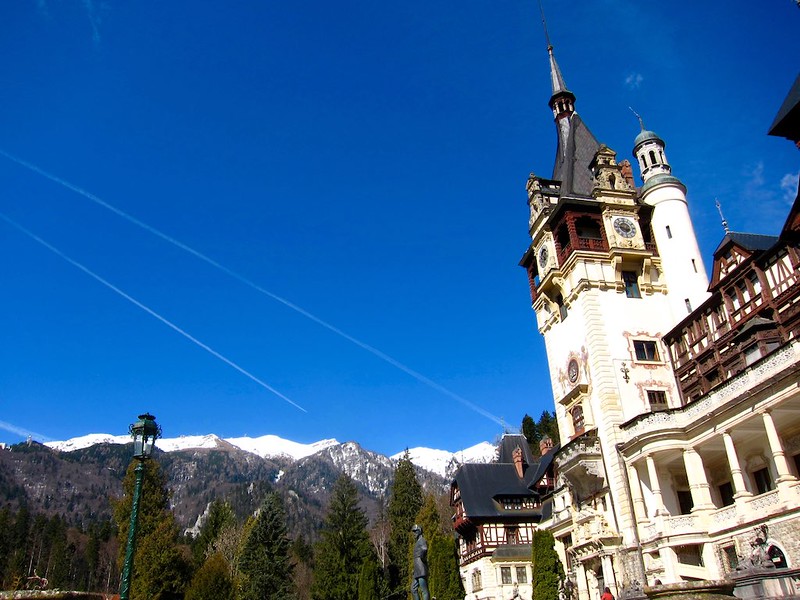 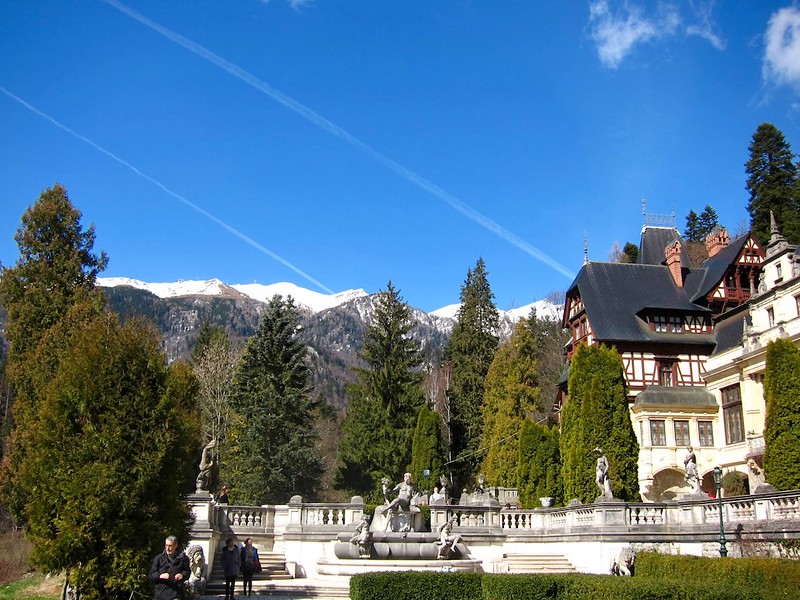 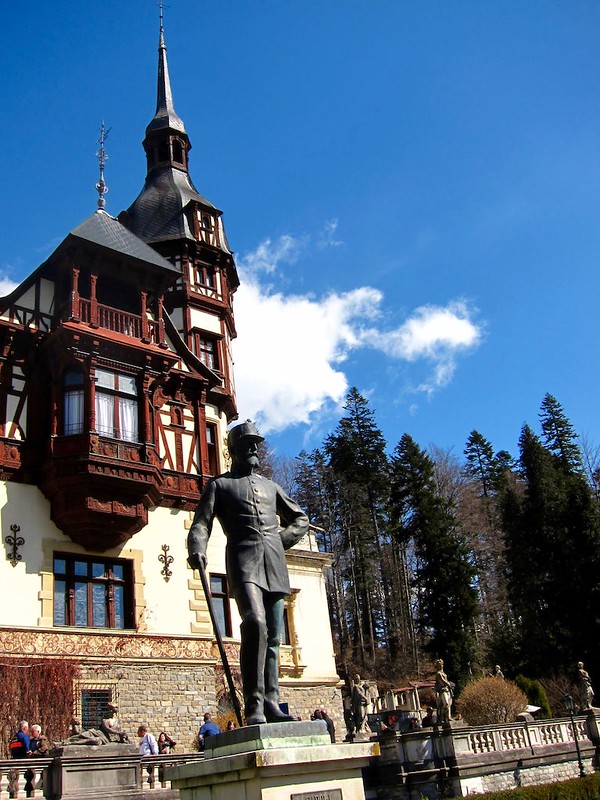 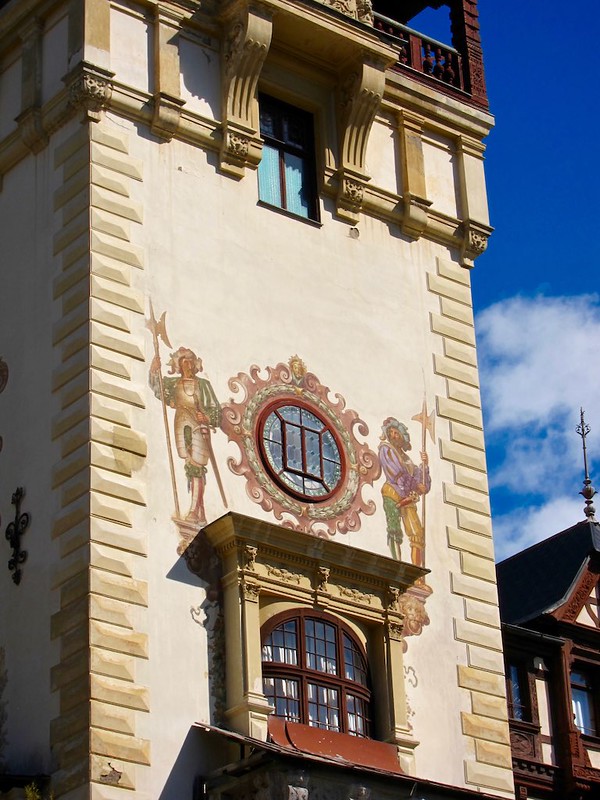