The Poienari Fortress was established around the beginning of the XIII-th century by the Wallachians. Around the XV-th century, Poinari was the main fortress of the rulers of Basarab. In the coming decades, the name and the inhabitants have changed several times. In the end the castle has been abandoned and left ruins.
However, in the XV-th century, realising the potential for a castle sitting high on a steep cliff of rock, Vlad the Third repaired one of the buildings, making it one of its main fortresses. Although the fortress was used for many years after Vlad’s death in 1476, it was eventually abandoned again in the first half of the XVI-th century and even destroyed in the XVI-th century. The size and location of the castle made it difficult to conquer. In 1888, an earthquake knocked down parts of the castle, which crashed into the river running down below. It was slightly repaired and the walls and towers are still standing today.
To reach the castle, visitors have to climb 1,480 steps.

There are claims that Poenari Castle is the “real” Dracula Castle as shown in Bram Stoker’s famous novel Dracula. 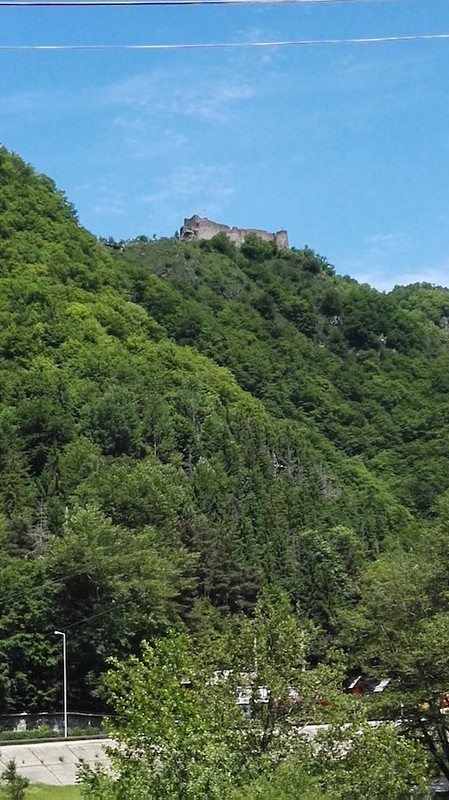 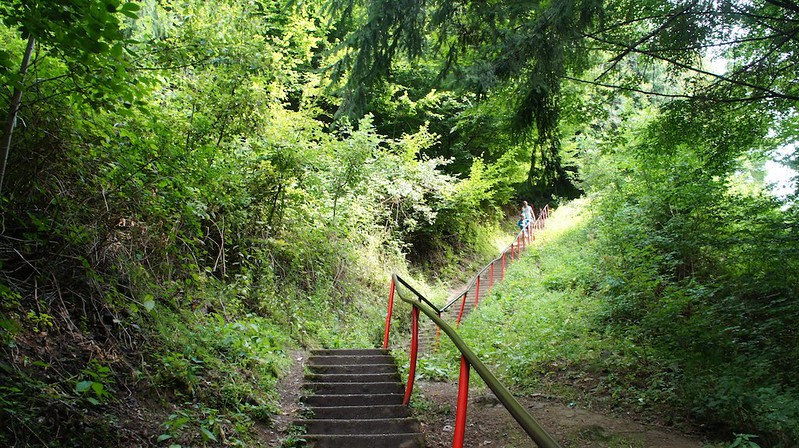 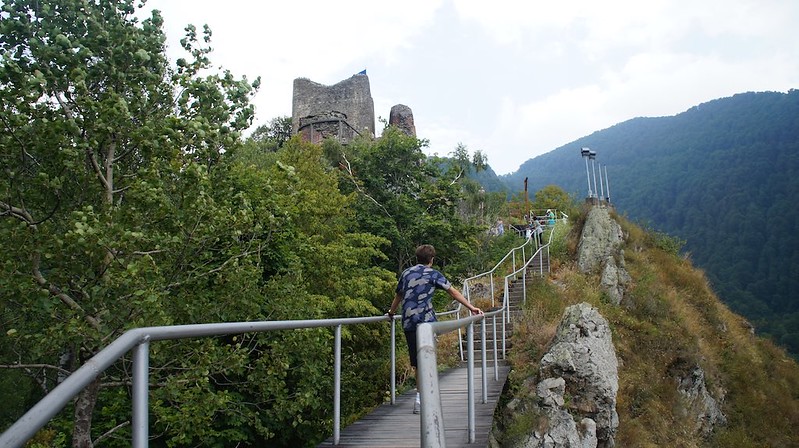 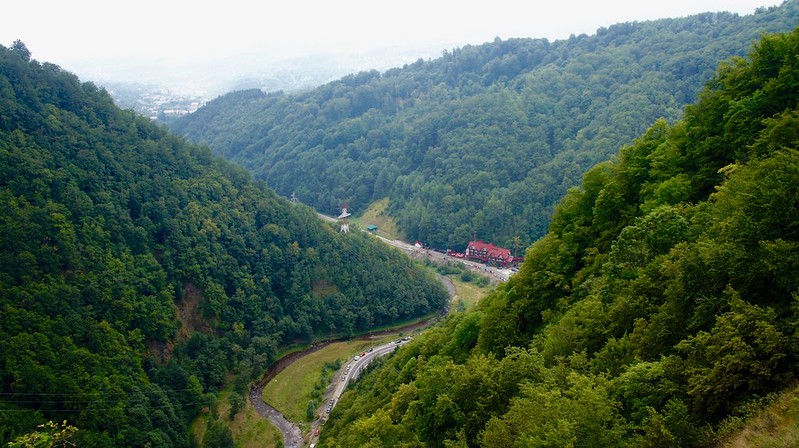 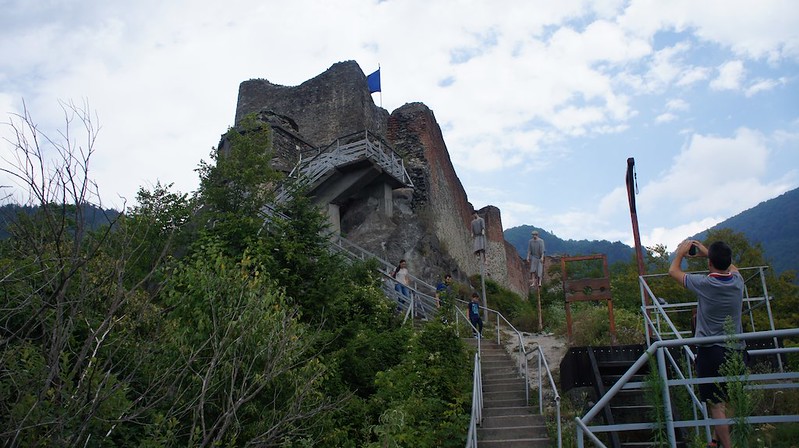 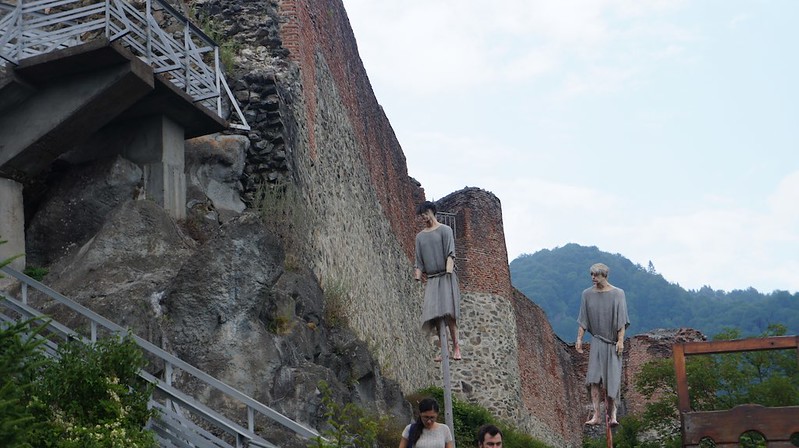 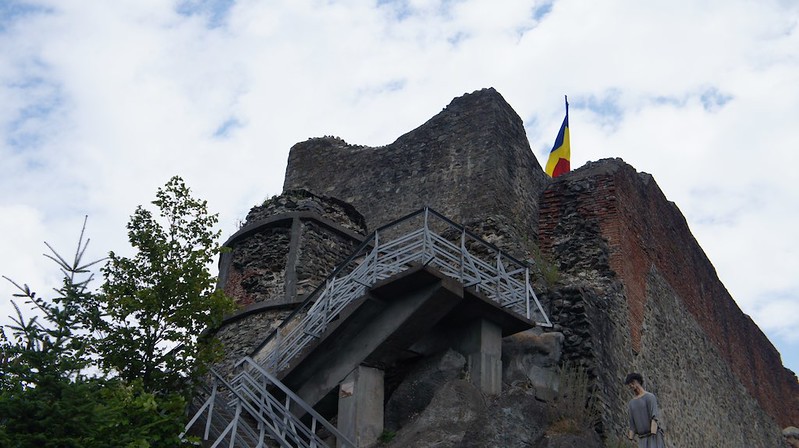